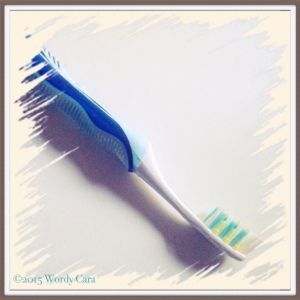 When it comes to questioning my mothering ability, nothing comes as close to opening up the minefield of guilt, incompetence and the ubiquitous I-should-haves as taking my kids for a visit to the dentist. Before I get to the point, though, I find it only fair to relate what a good start I DID make…

From the moment my precious sprogs showed the first sign of teething (and probably before), I prided myself on being proactive and sensible, flawless by the standards of any smugly written child-rearing text book  – no dummies/pacifiers, none of that business of letting them fall asleep whilst sucking on a bottle of milk which would certainly rot their newfound fangs, no fruit juices (unless diluted by 70% water) and thorough, supervised and assisted brushing morning and night.

Now, after a few years, there comes a delightful stage for parents during which your child’s independence is encouraged – even by experts – and, quite frankly, you think your six-year-old seems to have tooth brushing under control.

And then you arrive for the appointment. It starts off blissfully. Dentists these days have kid-friendly waiting rooms, specially decorated treatment rooms to appeal to any child’s taste, and – this has got to be what impresses me most – a choice of animated films in the child’s preferred language that replace having to stare into the Lamp of Pain. Even the numbing ointment and bitter fluoride come in flavours of their choosing. So, it’s all looking peachy for your child and you’re thinking that things are off to a great start, but not for long…

It starts with a muffled grunt from the dentist, who raises an eyebrow and taps at something significant. The assistant lowers her eyes in embarrassment and the dentist clears her throat to tell you that things are looking rather grim indeed. You’re summoned to hang over the chair and peer into your sprog’s mouth whilst the dentist grabs the sharpest looking tooth-scraper-thing and jabs it into your child’s gum with the gusto of a sushi chef. Why are they so surprised to see a bit of blood? If I did that with a toothpick to myself, it would be well deserved and they’d moan at me about that too. But all of a sudden I start to get the feeling that I’m getting the blame – and it takes a few seconds for the penny to drop, especially because it’s all happening in German. I’m fielding questions left, right and centre – brushing? how often? fizzy drinks? how often? S-W-E-E-T-S (uttered in the same category as a toe-crunching swearword)? Come on, show me a regular child who doesn’t like something sweet and I’ll call him/her a prize-winning poker player.

I swear I don’t remember my mother being subjected to this kind of interrogation. The only time I recall us getting a sharp look from the dentist was when he interrupted a high-jinks game of ‘I spy’ (no game is without wheezing and tears of mirth when it comes to my family) while we were waiting for the X-rays to develop and he must’ve thought we were giggling about him. So, I find myself wondering why they’re picking on me?

Then they drop the F word. Flossing. Completely to be expected, but – really – who has that nifty little dental chair at home to strap your kid down and get to the back molars without slicing the corners of their mouths or ramming your suddenly meaty knuckles through the roof of their mouth straight into the nasal cavity above? Flossing is not for sissies.

Some people might have a recurring nightmare in which they end up walking around naked in public or falling off cliffs or having to take their school-leaving maths exam again (or an exam on a topic they’ve never studied). Mine is having my perfectly healthy teeth falling out. Maybe it’s got something to do with the nine extractions I had for orthodontic reasons as a teenager, but it certainly is enough to send me into a blind panic when that dreaded silky floss wraps itself around the base of a tooth with the intent of a hungry python. Needless to say, Flossing and I have a ‘I’d rather leave it, if you’re going to take it’ relationship. The result being that I am not as thorough with it as I ought to be. Mea culpa.

After promising to police tooth-brushing and regularly administer fluoride (you know, it used to be in the water when I was growing up!) and ensure they Floss-Every-Day, I leave the rooms like a drunken on-duty mother who’s been allowed out on bail – without the luxury of the laughing gas. Oh, but first we have to make an appointment of shame to return in three-to-four months (because they’re worried that they won’t be able to save any teeth after the more forgiving six months).

This has just described one of our many visits, but today I managed to hit a new low in their mothering rankings. Sauntering 10 minutes early into the reception area with a newfound confidence (my child had actually allowed me to supervise and tweak two out of the last 14 days’ tooth-brushing-and-flossing sessions), I’m on my way to the waiting room when the receptionist clears her throat with a slight note of embarrassment, halting my presumptive swagger in its tracks. “Um… You will probably have to wait for five extra minutes… You see, your appointment was actually half an hour ago, so we are busy with another patient”. Of all the doctor appointments to get wrong, I managed to fail even further! Of all the places to be tardy – Germany, famed for its punctuality! Now, I can’t even make eye contact with the receptionist any more. The last person in the building who had a sympathetic smile just for me…

Maybe it was pity, but now it’s gone and I will miss it.